Give your guests the elegance that they deserve.

​Engineered specifically for hospitality applications, E Series USB phones are designed to give your guests the elegance they deserve, and are now available with built-in USB charging ports.

Guests are bringing multiple smart mobile devices into the guest room. Are you ready?

Easy to install.
No need to unplug your room phone, or get out a screwdriver or pliers. Simply release the convenient adhesive strip and place the UCD100 charging station beneath your in-service room phone, plug in the wall ​adapter, and your guests are ready to charge their smart mobile devices via two built-in USB ports...one on either side of the unit.

Choose Black or Ash.
Whether you have already upgraded to contemporary Black phones, or prefer the classic Ash look, you may choose the USB Series color that meets your requirements. Select UCD100B for Black or UCD100A for Ash orders. Click here for USB Series product and ordering details, or here to request a consultation. 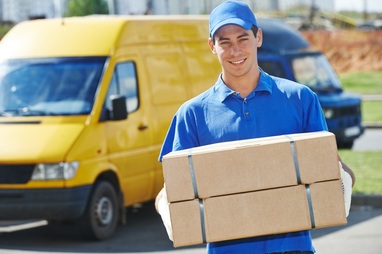 Cetis hotel phones have a proven record of reliability. In fact, we maintain a consistently low .002% out-of-box (OTB) failure rate across our entire model range.

Just in case you do have a support or OTB issue, however, we're available to help with Cetis customer service, IT trouble-shooting, return warranty authorization (RMA), and more.

Need assistance now? Click ﻿here﻿ for the Cetis Concierge, or here to visit our Support page. We look forward to supporting your hotel phone requirements globally.

Robots: Coming soon to a hotel near you? 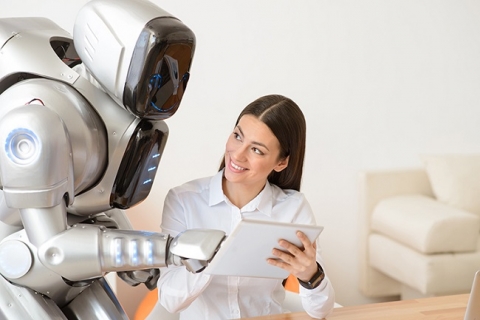 Image credit: Shutterstock
by Natalie Holmes -- In March, Spencer began escorting lost travelers to their gates at Amsterdam’s Schiphol Airport. That same month, robot hosts welcomed visitors to big trade shows like ITB in Berlin while the Hilton McLean Virginia in Washington, D.C, welcomed Connie the robotic concierge. Then there’s the robotic receptionist at Belgium’s Ghent Marriott. Not only can Mario speak 19 languages, he does so while dancing to Michael Jackson.
While these may have a certain novelty factor for now, it’s behind the scenes where artificial intelligence will really shake up the hospitality industry. According to the European Commission, the market for service robots will reach €100 billion a year by 2020.
“From our point of view there are two elements to robotics,” says Richard Pemberton, hospitality consultant with Avenue9, part of JLL Group. “There’s the side you can see and touch, and then there’s the processing that happens behind the scenes.” “Similarly, the goals of the technology are twofold,” he says. “On the one hand to improve operations, and on the other to control costs, through increased efficiency, for example, or higher sales.” US-based fast-food restaurant franchise Zaxby’s have been employing robotics to do both. Known as Hyperactive Bob, the unseen robot reduces waste and waiting times by scanning the parking lot for incoming cars while taking into account various data such as time of day and amount of hot food ready at a given moment. “The algorithmic system senses demand based on customer arrivals and makes predictions that feed into planning,” explains Pemberton. “This allows staff to adjust the timing of the cooking process, and respond to specific directions that speed up service, and thus turnover.”

A fledgling robotics marketplace
Currently, front-of-house robots are able to carry out rudimentary functions, such as checking guests in or recommending local restaurants. “You wouldn’t replace your concierge with a Connie—not just yet anyway,” says Pemberton. “Hotels should be trying to engage people with a product that works alongside the human team, as opposed to replacing it.” Nua Robotics, for example, have produced a suitcase that follows you around. “It works using Bluetooth and cameras to detect where you are,” explains Pemberton. “Hotels could adopt the technology to track guests’ luggage.” Similarly, Savioke’s Relay can learn the layout of a hotel and deliver items to guests on demand. Though not quite ready to offer full room service (the Relay can’t carry hot food), the autonomous android is already being employed by hotels, like Starwood’s Aloft group, who have named their new staff-member Botlr. Such robots, whether they’re making deliveries or welcoming guests, have been well received by the public. “The feedback I saw at CeBIT this year was really positive,” said Pemberton. But it’s the crossover of front-facing robots and back-end artificial intelligence that has the potential to transcend the novelty factor. “AI is where we’re going. Once we’ve perfected that side of things, it’ll be a huge boon to this industry.” Click here to read the entire article at Hotel-Online.

Looking for a hotel phone supplier that speaks your language?

Visit with us on LiveChat!