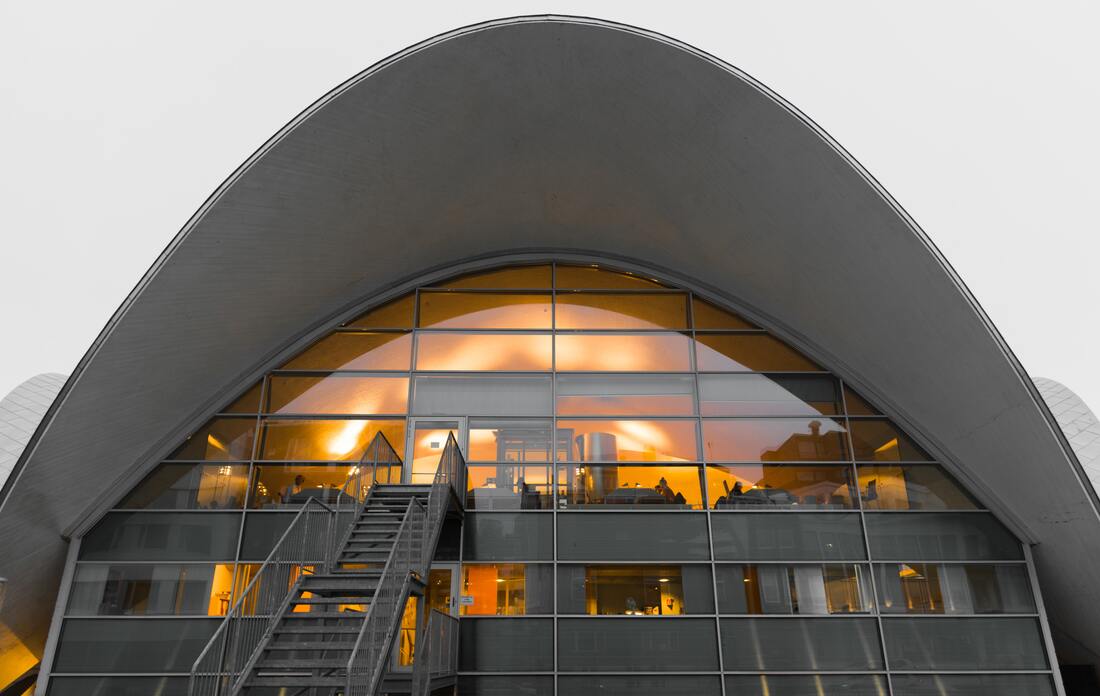 Contemporary design encompasses a range of styles and feature softened and rounded lines. Interiors contain neutral elements and bold color, and they focus on the basics of line, shape and form.

We can print all your property signage needs.

Cetis brand hotel phones are recognized worldwide as the best choice in hospitality. 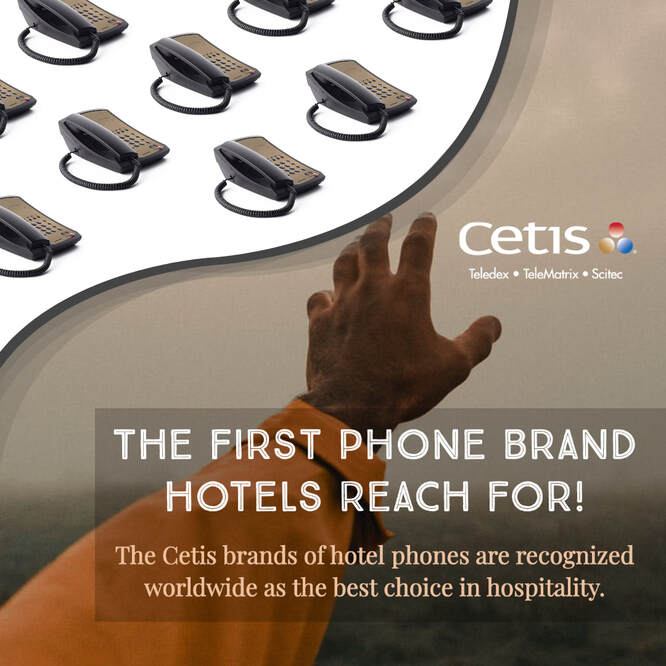 It's clear that hotels around the world reach for Cetis brand phones first, that's beacuse we've earned a reputation for leadership and innovation at the forefront of the industry, along side a core commitment to reliability, functionality, and competitive pricing. Cetis strives daily to ensure that we are your first and only choice for hotel phones. We provide high quality telephony products and offer the hospitality industry the most complete line of hotel phones available. Choose from 14 distinct Teledex, TeleMatrix, and  Scitec brand hotel phone design families to meet your emerging hotel requirements. Choose classic Diamond  or Aegis-08 models, popular  3100 Series or 9600 Series  sets, or make a bold statement with contemporary D Series, or M Series phones. Need to save space on the nightstand or desk? Take a closer look at micro-footprint E Series USB phones. Click here to view our hotel phone model guides and request a quote, or here to request a consultation.

As of the end of January 2020, prior to the closures of businesses determined to be non-essential and the announcement of stay-at-home recommendations due to COVID-19, the Las Vegas Convention and Visitors Authority (LVCVA) indicated that construction of over 12,000 hotel rooms was scheduled to be completed by 2023. While all announced projects may have not ended up being completed, strong visitation over the past few years, overall market hotel/motel occupancy of 88.9% in 2019, and the construction of projects that were expected to be major demand generators, warranted the development of significant guestroom supply at that time. While the pandemic has caused a few major projects to be put on hold, the continuing development of several major projects will be beneficial for the recovery of the Las Vegas market.

On March 17, 2020, Nevada’s Governor Steve Sisolak ordered the closure of Nevada’s non-essential businesses, including casinos, and urged residents to implement social-distancing measures to reduce spreading COVID-19. Governor Sisolak authorized certain businesses, including restaurants, barbershops, hair salons, and most retail businesses, to reopen (with some limitations) beginning May 9, 2020, and Nevada began its emergence from the pandemic-related shutdown. Casinos were allowed to reopen on June 4, 2020, subject to protocols established by the Nevada Gaming Control Board. Nevada is one of many states that allowed construction to continue throughout the pandemic.

Construction was permitted to continue in Nevada because it is considered to be an essential business for the state, and rightfully so. The maintenance of jobs was cited as one reason for the classification of construction as an essential business. The development of several major projects, including the construction of Allegiant Stadium, Resorts World Las Vegas, and Circa; the redevelopment of the former Hard Rock into the Virgin Hotel Las Vegas; and the expansion of the Las Vegas Convention Center, continued throughout the shutdown period. Similar to everyone else, construction industry workers are at still at risk, and Nevada government officials released guidance for construction sites, including ensuring workers remain six feet apart, restricting meetings and gatherings to no more than ten people, and conducting daily surveys of workers’ health conditions.

The Allegiant Stadium was topped off in April 2020, fully enclosing the $2-billion facility that will be the future home of the NFL’s Raiders and UNLV football. With the stadium now completely enclosed, the interior of the stadium is protected from weather elements; rain had caused minor damage in the past, resulting in a delay of the stadium roof system process. The translucent roof panels are designed to give the stadium an outdoor feel during day games, as they will be naturally lighted, while offering the comfort of a temperature-controlled facility. As the roof installation is now complete, landscaping, paving and concrete work, and signage and lighting work are occurring around the stadium site. The 85-foot Al Davis memorial torch, spanning multiple levels of the stadium, will serve as a centerpiece. The stadium remains on track for the planned July 31, 2020, completion date, and recruitment to fill up to 4,500 part-time positions for Las Vegas Raiders game days has begun. The first scheduled event at Allegiant Stadium is a concert by Garth Brooks on August 22, 2020. The football season was scheduled to begin later in August, with the start of the NFL’s preseason. The first football game, a preseason game between the Raiders and the Arizona Cardinals, is scheduled for August 27, 2020. As of the writing of this article, these events are still scheduled to take place.

Construction of the $4.3-billion, 3,500-room Resorts World Las Vegas, being built by Malaysia-based Genting Berhad, has continued through the pandemic, and is still anticipated to open in the summer of 2021. In addition to two resort towers housing the 3,500 guestrooms that will feature Hilton Hotels & Resorts, LXR Hotels & Resorts, and Conrad Hotels & Resorts brands, the property is expected to contain a 110,000-square-foot casino, with slots, table games, high-limit gaming areas, private gaming salons, dedicated poker room, and a race and sportsbook; 350,000 square feet of meeting and banquet space; a 27,000-square-foot world-class spa; a 220,000-square-foot pool complex; and multiple food and beverage outlets.

Construction of the Circa Las Vegas hotel-casino, which is being developed by D Las Vegas and Golden Gate owner Derek Stevens, is continuing. Once fully developed, the property is expected to feature 777 hotel rooms; a two-level casino with an estimated 1,350 slot machines and 49 table games; a connected nine-story garage; four retail concepts; a three-story, stadium-style sportsbook; and a fifth-floor pool amphitheater with a 14-million pixel screen, six temperature-controlled pools, and two spas. Construction of Circa Las Vegas is ahead of schedule; the first five floors, essentially everything except the hotel tower, will reportedly open on October 28, 2020, with the remainder of the resort expected to open before the end of the year. The project will be the first ground-up resort development in Downtown Las Vegas since 1980.

The Hard Rock Hotel Las Vegas closed in early February 2020 to be transformed into a Virgin-branded resort. Re-conceptualized and revitalized, the Virgin Hotel Las Vegas property is anticipated to feature 60,000 square feet of fully-renovated casinos, over five acres of upgraded outdoor space and pools, new restaurants, lounges, and bars, as well as 130,000 square feet of remodeled meeting, event, and convention spaces. The property’s $200-million renovation is still on schedule to open during the fall of 2020.

Click ​here to read the entire article at Hotel-Online.

Tune in to the Cetis blog.

Visit with us on LiveChat.

​Did you know that you can receive online assistance with product, pricing, support of Cetis hotel phones? The Cetis Account Manager team is here to help you with any hotel phone-related questions that you may have – before, during, or after your purchase. You may find the LiveChat feature on the lower right side of our Cetis, Teledex, TeleMatrix, and Scitec websites. We look forward to chatting with you!