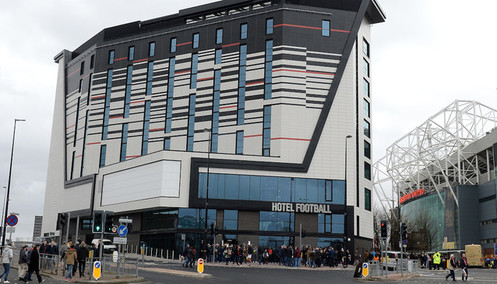 According to Neil Tolley, Managing Directory, Fourteen IP, “The fantastic new Hotel Football at Old Trafford has chosen Evolution Voice from Fourteen IP to provide its voice communications for guests and back of house operations. With PMS integration and voicemail and wake up services provided by TigerTMS and in room handsets from Cetis.” “The fully hosted solution provides Hotel Football with the latest in voice communications in a hosted environment with services simply added as and when required,” he concludes. Commenting on the project Fourteen IP Account Director Richard Ford stated “Evolution Voice is the perfect fit for Hotel Football, it provides them all the features and functionality they require with a mix of capex and open and the ability to add more sites quickly, easily and cost effectively as they grow”. 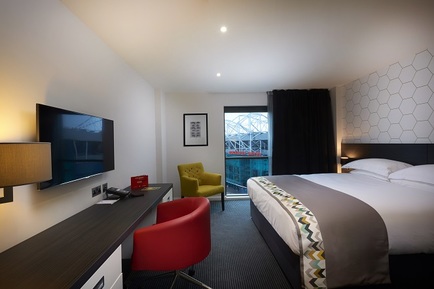 According to David Johnson, Sales Manager Hospitality North America, Cetis, Inc., “Just as Phybridge was the first company to introduce an enterprise level fully managed switch that delivers Ethernet and PoE to over 1200 feet over a single pair of wire, Teledex introduced the hospitality industry’s first VoIP phones in 2006. We appreciate Phybridge as a dedicated technology partner, and look forward to cooperating on PoLRE /endpoint installations,” Johnson adds.

"I have 10 hotels on 3 continents. Can I get the same service for them all?" 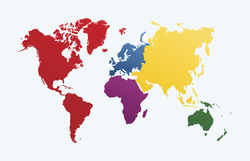 The sun always shines on Cetis. With regional offices in the United States, United Kingdom, United Arab Emirates, India, Malaysia, and China, your properties are always covered for sales and service. Traveling in the region for a project? Have a new build or renovation project? Give us a call and stop on by to meet our people and see our operation. We look forward to visiting with you, and demonstrating our commitment to global customer support.

Cetis thanks AAHOA community for 15 years of partnership and support. 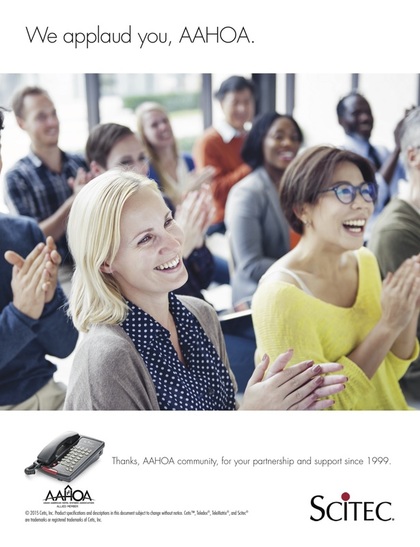 In a full-page ad in the September issue of AAHOA Lodging Business magazine, Cetis publicly applauded the AAHOA community for their valued partnership and support. An Asian American Hotel Association (AAHOA) member since 1999, Cetis originally joined the association as Scitec, Inc., 6 years after entering the hospitality market in 1993.

The mission of AAHOA is to promote and protect the interests of its members by inspiring excellence through programs and initiatives in advocacy, industry leadership, professional development, membership benefits, and community involvement. After India's independence in 1947, many of that country's young people immigrated to the United States to pursue their education and "the American Dream."The hospitality industry was a popular career choice because it offered immediate housing and cash flow, as well as the opportunity to "blend in" despite any cultural differences. Soon, the name "Patel" became synonymous with the hotel business. At first, many of these hoteliers met with resistance, especially from bankers and insurance companies who discriminated against Indians, specifically those with the last name Patel.

To fight this problem, a group – the Midsouth Indemnity Association – was formed in Tennessee in 1985. It grew nationwide and eventually changed its name to the Indo American Hospitality Association. Another group of Indian hoteliers came together in Atlanta in 1989, also with the goals of addressing discrimination issues and of increasing aware-ness of Asian Americans in the hospitality industry. They called themselves the Asian American Hotel Owners Association (AAHOA). By the end of 1994, these two groups merged so they could work together more efficiently on behalf of Asian hoteliers throughout the United States. When the two associations joined forces, Indian Americans ultimately found the powerhouse voice needed to achieve their common goals. AAHOA succeeded in raising awareness within the larger hotel industry of this growing network of hard-working Indian American hoteliers, furthering acceptance of the new hoteliers. Today AAHOA is the fastest-growing hospitality organization in the United States and the largest membership-based Indian business organization in the United States.

So how else would you order room service? 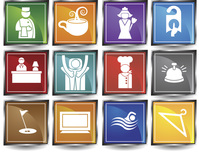 At nearly every trade show we attend, someone asks, “Why do I even need room phones, nobody ever uses them?” We love this question! And if you have a half hour to spare, you’ll hear how essential phones are to your guest’s experience, and the operation of your hotel. Don't have 30 minutes? Here's a quick elevator factoid: A major Los Angeles area full-service hotel reports room service orders total in the 65,000 range annually. At $20 per order that's $1.3 million dollars. Food for thought! Hope to see you at an upcoming show.

In A World Without Room Phones. 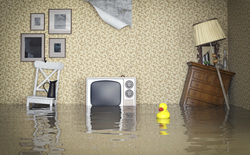 Sometimes, seconds can cost you thousands. If you had a major engineering emergency, would the guest know your number and call you on their cell phone? Would they walk a few floors down or a couple buildings over to let you know? Or, would they pick up the room phone and alert your staff  within seconds? Just something to consider. Click here to share any of your own experiences.

Room Service Or Is It Food Delivery?

"Imagine how much money could be realized in a busy 120-room hotel if just $1.00 were collected for each delivery along with an employee party once a year from each of the four largest vendors." 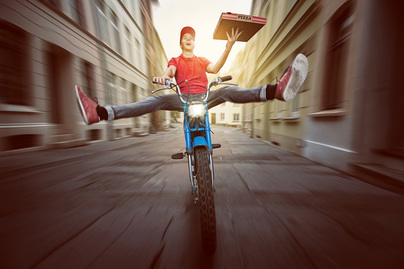 By Kirby D. Payne
Room service should be more than just food delivery. This article has reminders for full service hotels and ideas for limited service hotels. I admit I am addicted to certain cartoons, including some serial ones. As a result, I regularly turn to the cartoon pages of the daily paper. I could not help but get an extra chuckle when I saw "The Family Circus" by Bill Keane on October 24, 1997. I wish we could reprint it here but they wanted $150 for that, which is reasonable, but would not let us use it on the internet version of this column which is unreasonable as it would have been a nice promo for the cartoon series.

The cartoon showed the kids looking out the door of their room into the hall of their house speaking to their mother. On the hall floor by the door was a scattered assortment of dishes, glassware and utensils. The kids were saying, "We were just playin' hotel." We have all stayed at that hotel, haven't we? Getting room service picked up when the guest is finished is a challenge. In luxury hotels and resorts I have managed, I tried tent cards asking the guests to call us when they're done, calling the room ourselves after 45-60 minutes, and other ideas with the goal of having the tray or table never pushed into the hall. Every employee, particularly bellmen, security and housekeeping, has been trained to pick up room service, bring it to a service area, out of guest sight, and call the room service department. Bonuses have been offered and punishment meted out. In the end, one can still find a dinner room service table in a hall at 8am. They tell me the guest put it there when they got up in the morning and did not answer the phone when they were called the evening before! Maybe so, but it still bothers me.

Why bother with room service? For full service and luxury hotels, the answer is easy, it is a service people expect, enjoy and will pay for. Many women travelling alone particularly appreciate it as do guests who want to work in their room or watch television. Room service, like food and beverage service as a whole, can drive incremental departmental profit, attract more occupancy and help support a higher average daily rate for guest rooms.

Luxury hotels offer room service while most others offer food delivery. True room service can truly help make the guest feel special and reinforce the hotel's luxurious and comfortable image. Hot food hot and cold food cold, no condiments forgotten, and the order being correct the first time are just the beginning of room service. The crowning moments are the work of a caring professional server who presents the food, takes the covers off to display what is there, and sets the table or tray in the appointed place so the guest can dine in the comfort and security of their room. A good server can still sell dessert for delivery in a half hour when they may even remove the portions of the service the guest is finished with. This is service! This is hospitality! Click here to read the entire article at Hotel-Online. 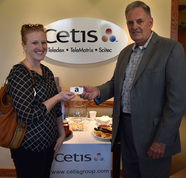 Visit With Us On LiveChat!