Think of it this way: If customers have to use their cell phones to call for room service – with the hassle of having to find and then punch in a complete phone number– what’s to stop them from calling out for delivery? After all, it’s no more work to punch in one full phone number than it is to type in another.

Meanwhile, those with iPads and laptop computers can even bypass the phone and order online. But searching the Web does take more time than pushing a single button. Frankly, no cell phone or iPad can compete with the convenience and simplicity of picking up the hotel guest phone, pushing just one clearly-marked button, and getting food and drink ordered from a handy menu that is already available in the hotel room. 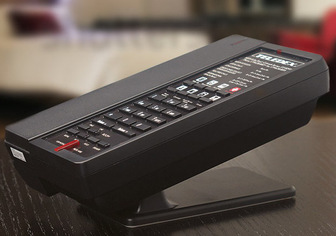 ​Now imagine that the average room service order totals $20. Those 65,000 calls at $20 equals $1.3 million dollars in room service orders, thanks to that convenient single button on the hotel guestroom telephone.​
Food and Millennials.
"What we continue to learn about millennials is that 50% cite food as a key factor in hotel selection, so hotel phones equipped with programmable guest service keys to property or off-premise food services will continue to be a key revenue driver for both full service and limited-service properties." Source: Sabre
International call revenue.
Research shows that revenue from international calls at a 500-room hotel with 80 percent occupancy is worth from $15,000 to $20,000 per month. This works out to $180,000 to $240,000 a year.  Thanks again, hotel phones.
Hotel Phones=Happy Guests.
If hotel guests need a wake-up call, advice on getting clothes cleaned, or fresh towels, they pick up the hotel guestroom phone, push a single button and get what they want. This is a guest convenience that is simple, fast, and -- most of all – expected. In an age where consumers are already cranky about service cutbacks in airlines and other travel-related products, taking away this expected convenience would be commercial suicide. Again, the numbers from a major L.A. hotel tell the story: In 2010, the guest service button on the guestroom telephone was used 46,000 times. In 2011, the number increased to over 51,000.
All of these needs are met by single button pushes on hotel guestroom phones. Again, no cell phone or iPad can replace this convenience.
Lawsuit, Anybody?
Imagine that your hotel has a fire or other calamity. Now imagine that the hotel guestroom phones have been removed. Can you imagine what a field day some enterprising class action lawyer can have at your company’s expense? You got it: By removing hotel guestroom phones, a hotelier is exposing itself to millions’ of dollars in potential liability suits. And even if disaster doesn’t strike? Have fun convincing your insurance company that removing guestroom phones doesn’t open your hotel up to such lawsuits. Unfortunately, your insurance company knows better. Chances are the increase in insurance premiums will eat up any savings realized by removing guestroom phones – and then some.
The Good News.
Clearly, removing hotel guestroom phones is an effective way to slash revenues, alienate customers, and open yourself up to lawsuits and vastly increased insurance premiums, while preserving and growing your Room Service and long distance revenues with hotel guest room phones helps ensure that these profit centers remain alive and contributing to your hotel’s bottom line.